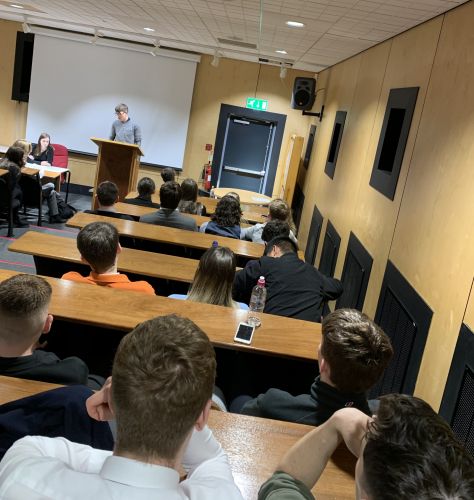 This weeks motion “This house holds that the welfare state has a negative effect on society” saw both teams prepare well researched and careful written speeches, which involved issues such as dependency culture and equality and fairness. Both teams did a great job at fielding questions from the opposing side and the audience, and for the first time in debate club history the vote was unanimous against the motion.

Well done to all those involved, and join us again in two weeks for a Christmas themed debate.