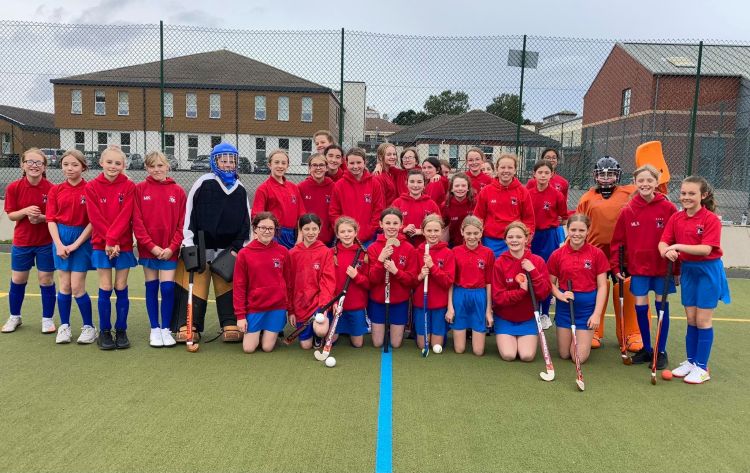 We are so proud of all the girls who represented the school yesterday in the hockey fixture v QEII!

They were all so organised, mature, sensible and a pleasure to take to another school.

As well as that they played some great hockey too!

The results were as follows:

Team 3 - Drew 1 - 1. Emanella Osman was the scorer and also Player of the Match.

Team 4 - Won 1 - 0. Scorer was Lilee Venables and Player of the Match was Melissa Dawson.

A special mention must go to Abigail Cullington and Roxy Cowley-Edge who played in goals and were awesome!