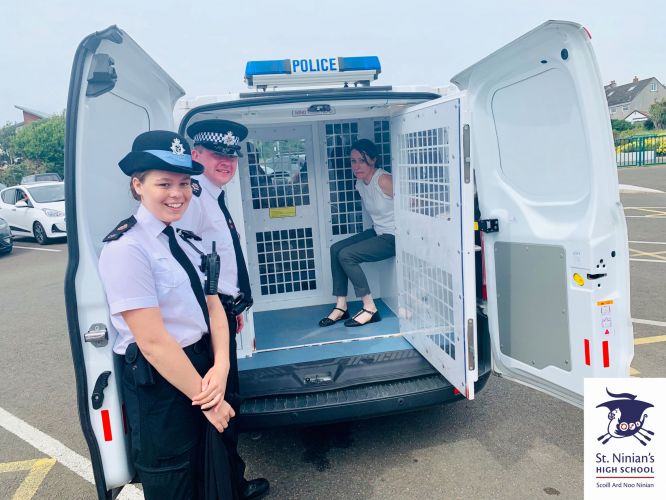 We are shocked and saddened to have to report that a terrible crime was committed at Lower School on Thursday 4th July. The school mascot, a corgi presented by Her Majesty the Queen herself when the building was opened, was taken from the glass display case in the main entrance. A ransom note requesting £10,000 ‘or the corgi gets it’ was found at the scene. Mysteriously, a number of teaching staff were aware of that exact sum on money being held in the school safe in preparation for a school ski trip. A list of suspects was drawn up with a number of teachers implicated. The Police were on hand to start an investigation, but staffing shortages in the IOM Constabulary meant that they had to hand over their evidence to the Year 6 CSI detectives in training to complete all the hard work.

Year 6 students carried out forensic testing in Science labs on the remnants of a drink found at the scene. They compared shoe sizes in Maths lessons, after a footprint was spotted, and measured timings to see if the suspect could have entered and exited the building through various doors. They also took notes from a witness interview in English lessons. By the end of the day, the CSI detectives had eliminated a number of staff suspects and identified the culprit.

Miss Lewis, Head of Mathematics, was arrested by the police and left the school site handcuffed in a police van.