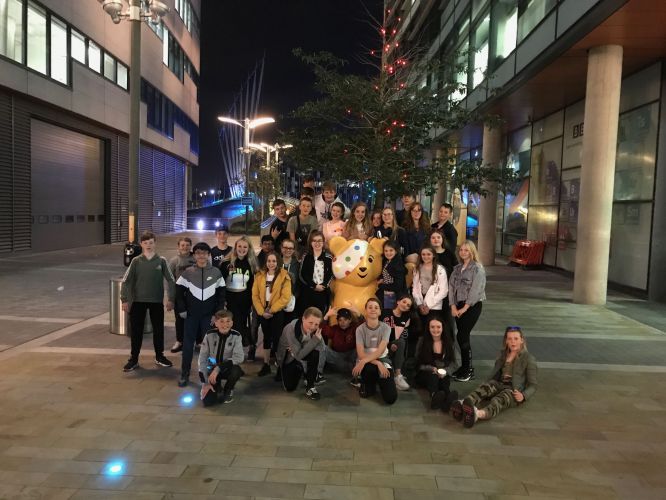 Last week 32 Year 9 students travelled to Manchester’s Media City in recognition of their success with the Core Skills BBC Young Reporter Challenge which they completed whilst in Year 8. The Challenge was to produce a video news report about an area they felt strongly about. Topics included: Plastic on our beaches, TT safety, the sale of plastic bags on the Island and Article 22.

The trip included two tours, one around the BBC, including a tour of the BBC News Offices and studios, BBC Radio studios and BBC Sports studios where Match of the Day is filmed. Students saw Annabel Tiffin as she had just presented the afternoon news, but Mr Edwards was disappointed not to have seen Gary Lineker! The second tour was around the Imperial War Museum. The visit focused on the “Homefront” First and Second World War which are areas that students will study in Year 9.

The students had a fantastic time and were a credit to the school. Many thanks to Mrs Hunter, Miss Clucas, Miss Mafinova and Mr Edwards for arranging the trip. 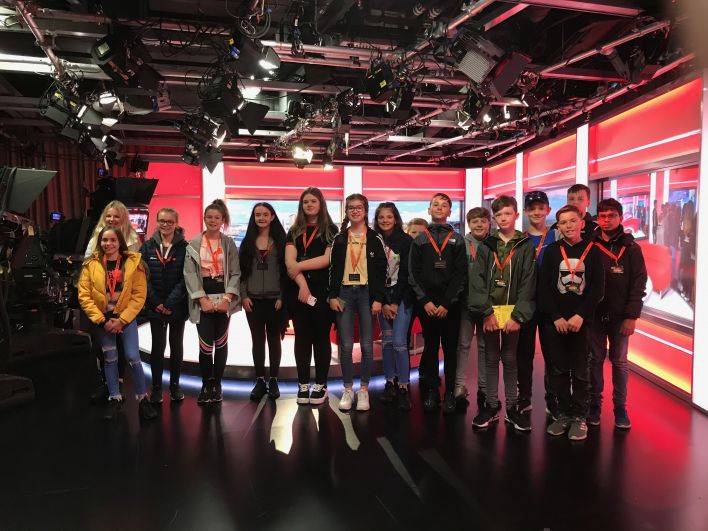 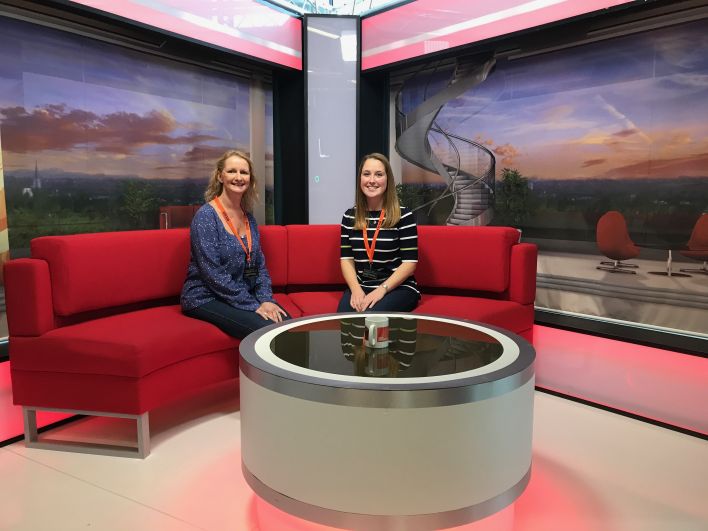 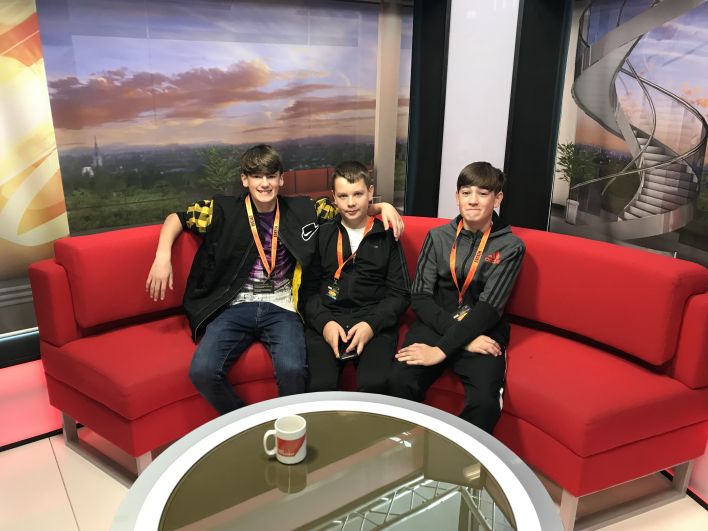 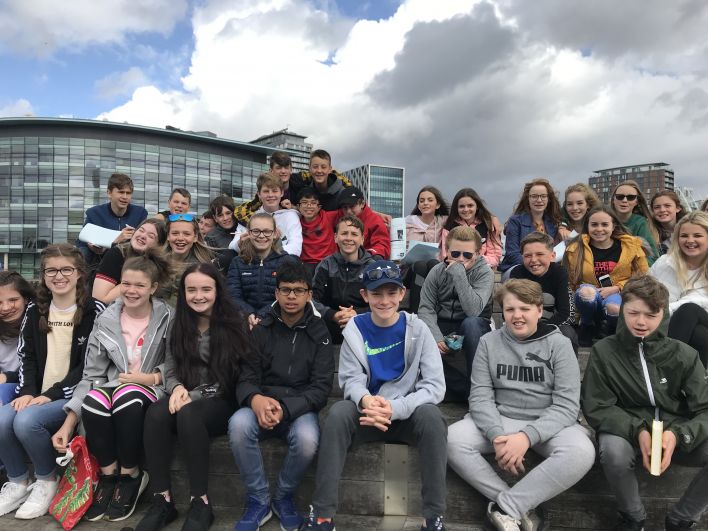 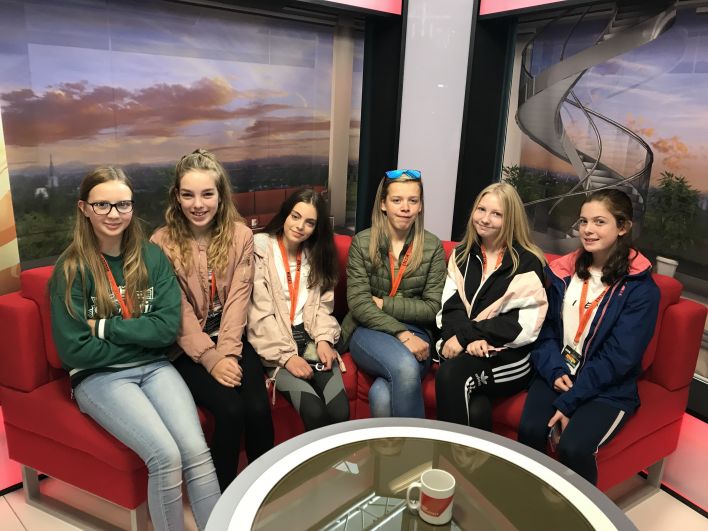